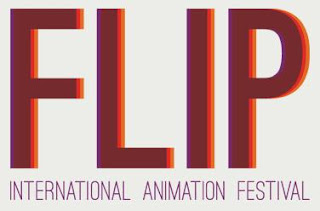 On Friday 28th October, I attended FLIP International Animation Festival. The festival is held annually at Wolverhampton's Light House Media Centre and this year offered a very exciting line up of guests and events!
After meeting up with friends, I headed for the Light House for the first event of the day, 'Open Shorts'. This event was a showcase of animated short films from various countries using differing styles, skills and techniques. 3 of these events were held during the day and it was a pleasure to see short animations shown and celebrated in this way.
The next event of the day was Bill Plympton's Masterclass. I've enjoyed Bill's work for a number of years so was very eager to hear what he had to say and see some of his drawings and films. He didn't disappoint and gave a very interesting talk and showed some of his most recent work including concept art and animatics. It was a pleasure hearing him describe his passion for his work and it was made obvious he meant it by how he was constantly drawing and doodling as he spoke!
The day at FLIP festival was a fantastic experience and I hope there's many more years of animation at the Light House to come!
www.flipfestival.co.uk
Posted by Andy at 21:27 No comments:

I attended the fantastic FLIP International Animation Festival in at The Lighthouse in Wolverhampton this weekend and will soon be writing a short review of Friday's events (including the Bill Plympton masterclass). Sadly I was unable to attend the Saturday, but thoroughly enjoyed my time at the festival.
www.flipfestival.co.uk

Also, it was nice to see an article about my uni's collaboration with CITV in today's Express and Star!
Posted by Andy at 23:11 No comments:

The CITV pitch took place last week and everyone seemed to enjoy my idea. I got some very positive comments from CITV's Creative Director, so I'm very happy with that. The next step is for everyone to animate there ideas and present them again on 16th December. A handful will then be chosen to use on CITV. Fingers crossed!
I'm also working with Dezigned2print on some cartoon illustrations for an advertisement. This would be my first commissioned design work, so we'll see how it goes.
Posted by Andy at 10:08 No comments:

Here is the my first CITV idea in animatic form. The sounds aren't finalised, just there to give a better impression of what's going on!

"A little robot is annoyed when he can't switch on the CITV logo. He kicks it in anger and gets a nasty shock! A funny, bouncy and quirky 2D flash animation."
There will be a practice pitching session at uni tomorrow, with the real pitch happening on Friday 21st. Hopefully my tutors and class like my ideas!
Posted by Andy at 18:47 No comments:

Here are some sketches of my idea for the central character of my final film. The film stars an elderly Cupid. Click images to enlarge. 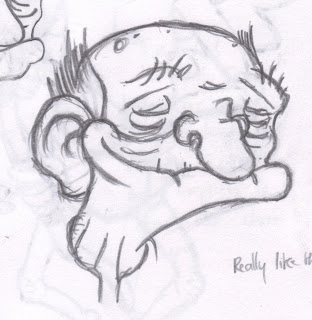 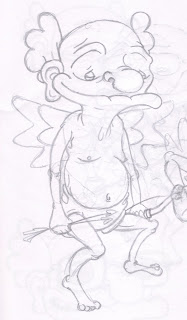 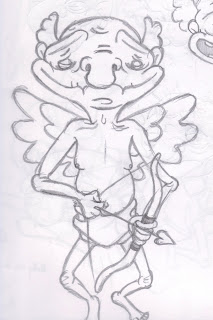 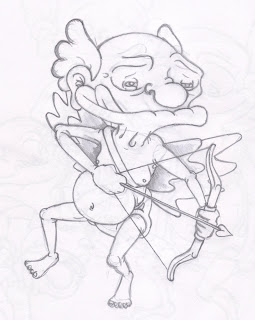 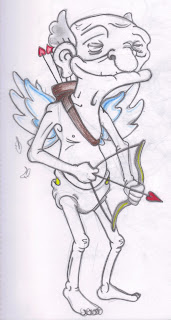 Here are some sketches and designs for my CITV ident pitch. Click images to enlarge. 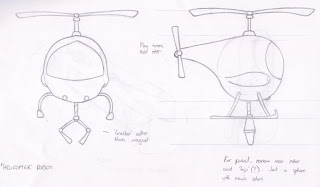 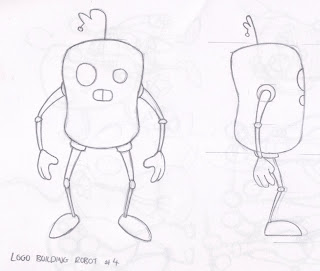 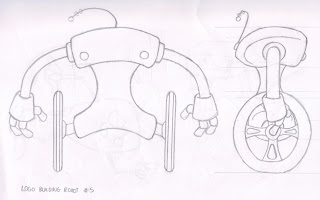 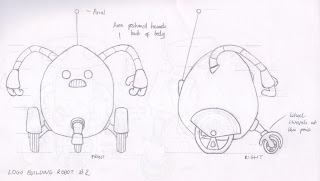 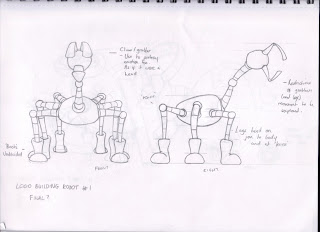 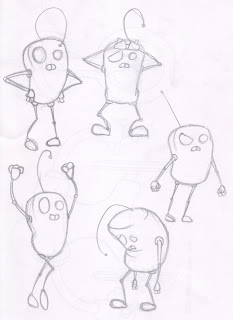 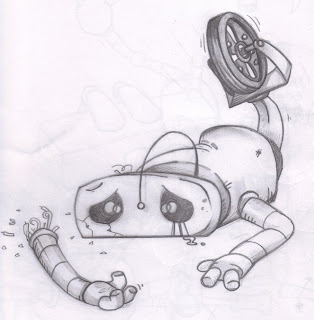 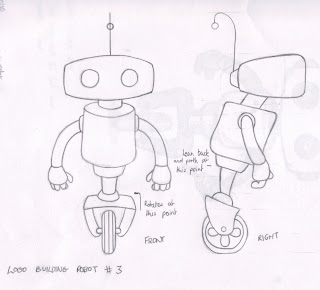 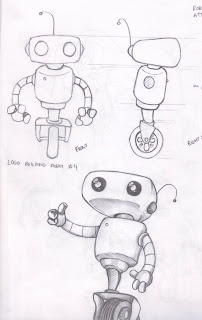 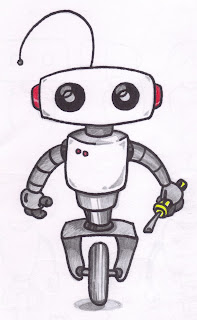 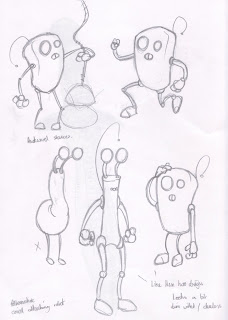 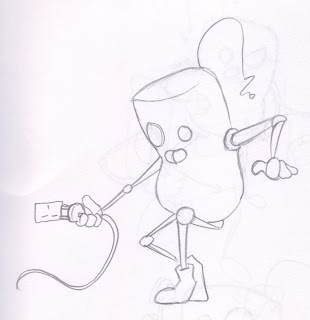 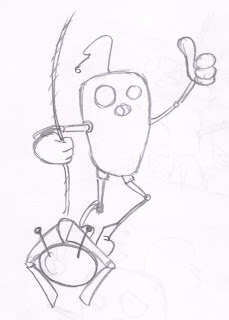 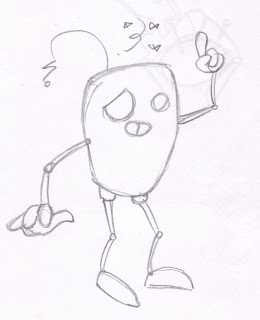 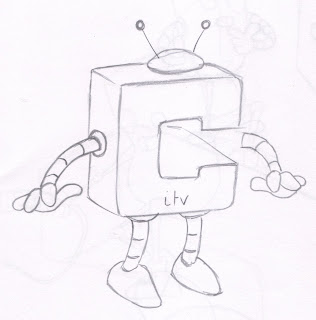 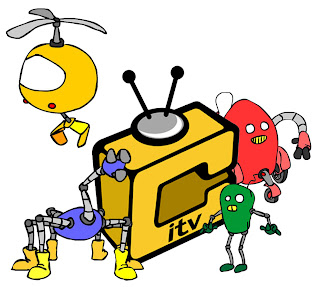 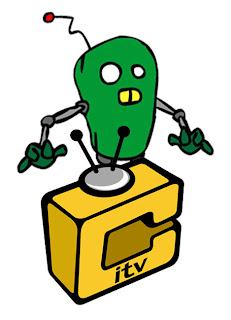 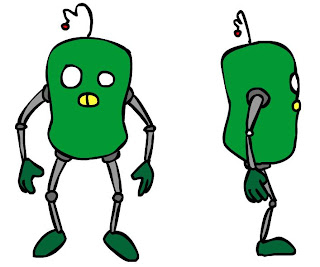 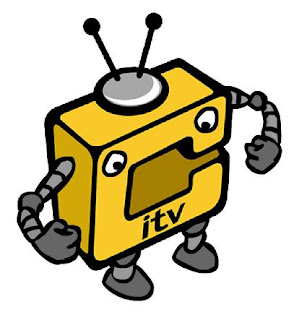 Here's a few recent observational drawings of mine. 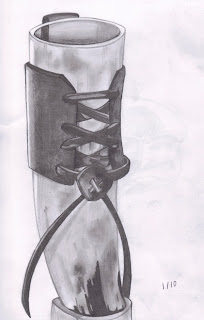 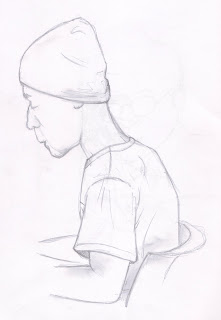 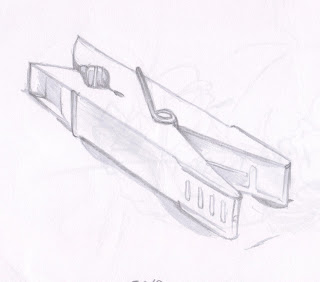 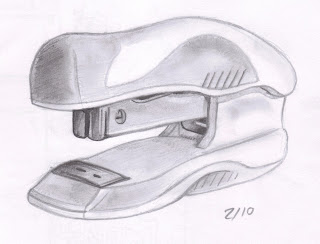 This is the group of robots who will be starring in my CITV ident. In the ident, the robots work together to assemble the CITV logo. I'll post scans of the final and some discarded robot designs this weekend. 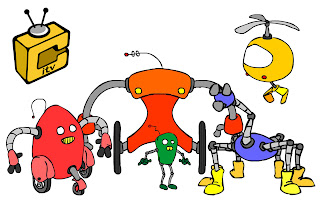 With my university projects fully underway, I'll be posting a lot during the next few weeks.

The pitch for the CITV commission is scheduled for 21st October and CITV's Creative Director will be in attendance. I'm very excited for this one and now have my characters and story finalised, so more on that some time next week!

I also now have a starting point and character for my major project film. I'll post some initial drawings of these soon.
In other news, the fantastic DepicT! competition has announced its shortlist for 2011. It was great to be a part of DepicT! and Encounters Festival last year, and I'll be watching the competition with much interest! The shortlist can be viewed by clicking here.
Posted by Andy at 20:17 No comments:

Welcome To My Blog!

Andy
Animator from the West Midlands. I keep this blog up to date with sketches, concepts, video and other goings-on in my work. I hope you enjoy! Email me @ AndyEdwards747@hotmail.co.uk